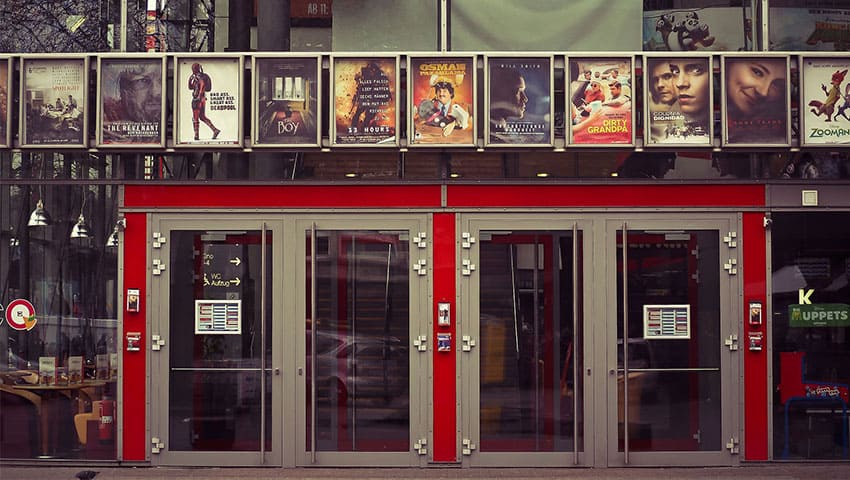 Titles of movies with a different translation

It has surely happened to you that, while talking about movies with friends from different countries, you haven´t been able to recognize a film by its title at first but only after being told what it was about. We have previously talked on this blog about how difficult it is to translate some words that might not have a direct translation. This also happens with movie titles. But, sometimes the distributors decide to change the name deliberately. As a result, they create hilarious or even surrealistic titles. This is our compilation of movie titles transposed into Spanish and into English.

As in the title of Sofia Coppola´s movie, sometimes we are totally ‘lost in the translation’ of certain films. This one can be used as our first clear example because in some Latin-American countries this movie is called Perdidos en Tokio (Lost in Tokio). Another great example is Die Hard, translated into Spanish as La Jungla de Cristal (The Cristal´s jungle). At least in some other Spanish speaking countries, the translation was closer: Duro de Matar (Hard to die). Another action film: Daylight, in Spanish is known as Pánico en el Túnel (Panic in the tunnel).

The truth is that sometimes, it is quite difficult to translate some words or expressions. Distributors look for something easier or simpler to explain what the movie is about. This is exactly what happens with the movie with Jim Carrey and Kate Winslet, Eternal Sunshine of the Spotless mind, known in Spanish as ¡Olvídate de mi! (Forget me). However, it is not always like that. Even when simple titles can be easily translated into Spanish, they complicate it. This happened in the 1961 animated movie 101 Dalmatians, in some countries like Mexico or Argentina it was known as La noche de las narices frías (The Night of the Cold Noses). Why on earth did they need to look for another title?! 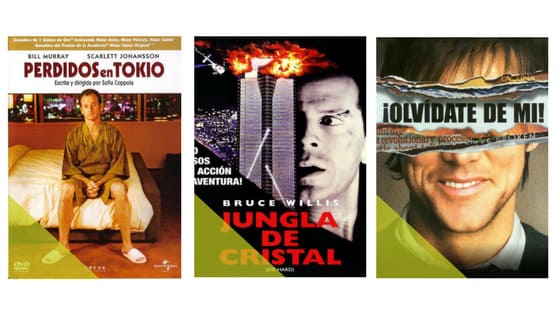 Even some classic films don´t escape from free adaptations of their titles. Take, for example, The Sound of Music, known in Spain as Sonrisas y lágrimas (Smiles and Tears), or an even more surrealistic title chosen in South America: La novicia rebelde (The Rebel Novice) Another classic example is the saga of Leslie Nielsen films such as Airplane or The Naked Gun, translated for the audience in Spain as Aterriza como puedas (Land as You Can and Agárralo como puedas (Catch it if You Can) or in Latin-American countries as ¿Y dónde está el piloto? (And Where is the Pilot?) and ¿Y dónde está la pistola? (Where is the Gun?) This particular way of naming these films were like a personal brand for the actor. More films were named in a similar way throughout Nielsen´s career.

The classic comedy from the nineties, Home Alone kept the literal translation in Spain but not in South America where they know it as Mi pobre angelito (My Poor Little Angel. And there is even the other classic, Jaws which became famous with a completely different name: Tiburón (Shark). 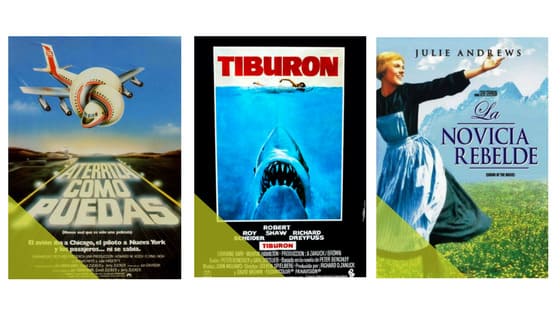 THE OTHER WAY AROUND

This also happens the other way around, from Spanish movies to English translations. Here are some examples with a few recent films such as I´m so Excited, an Almodóvar film originally called Los amantes pasajeros (The Passenger Lovers); also, Spanish Affair whose original is Ocho apellidos vascos (Eight Basque Surnames); or Holy Camp! known in Spain as La Llamada (The Call). In this particular case, the English adaptation is quite clever because they play with the word “holy” referring to the plot of the film. 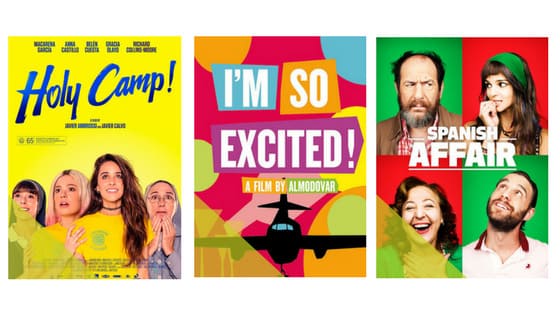 SUBTITLES TO MAKE IT CLEAR

Another technique used, is to keep the original title in English and add a subtitle to make sure the audience understands what the movie is about. This is used in films like Ghost (Más allá del Amor – beyond love), The Fast and the Furious (A todo Gas) or Frozen (El Reino del Hielo – the Ice Kingdom).

What do you think about the adaptation of movie titles into another language? Should they keep the literal translation or sometimes is it good to change it to something more familiar? Do you know other examples of strange title translations? Leave your comments below.