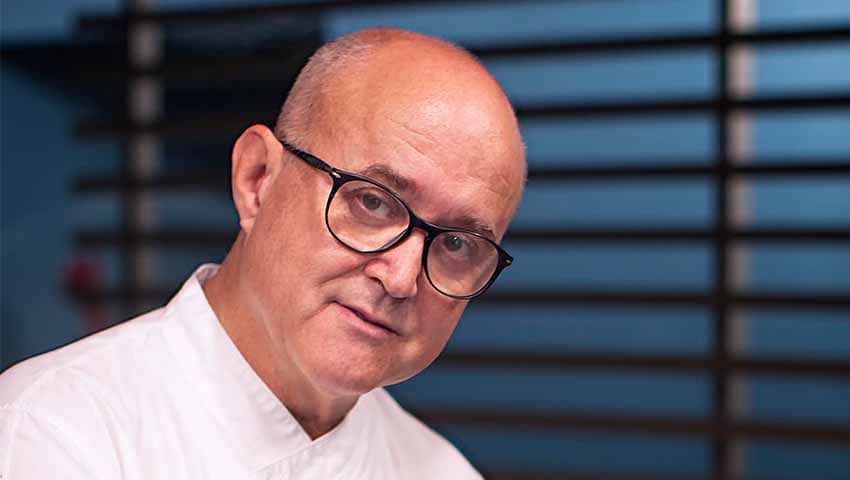 “When people try Japanese food, they get hooked straight-away”

Born in Madrid, this chef started a revolution a few years ago with his Japanese cuisine, right up to the point where he created his own particular style: a fusion between Japanese flavours and touches of Mediterranean cuisine. The many awards received (including Michelin stars) and great reviews confirm that people love Ricardo´s style.

What was your first contact with Japanese cuisine like? As a customer, I went to a Japanese restaurant and, from the very beginning, It freaked me out. At that time, I already worked as a chef. First, I had a burger and typical tapas bar restaurant. In that restaurant, I became friends with the head chef and one day he suggested I join him as his assistant. So I gave up everything and started out on a new adventure.

How did the idea of mixing Japanese cuisine with Mediterranean flavours come up? After everything I learned with my friend, the chef, I managed to open my own restaurant along with a partner. It was a classic Japanese restaurant with a typical Japanese menu, but, little by little, our own gastronomic culture began to take the principal role. In addition, in other parts of the world, fusion cuisine was already becoming trendy. So this is how the Kabuki style was born.

How do people usually react when they see a renowned Japanese chef who is Spanish? At first, it seemed to people that if you were not Japanese, you would not know how to prepare Japanese food. The situation was a little surprising but I think that people have already got used to it.

Do you think that Japanese cuisine is now the latest trend in Spain? Absolutely, but I personally think that it is not a temporary trend. It is something that will endure, just as it has everywhere else in the world. Don’t forget that this food is, at heart, a popular kind of food. It is light and healthy and you can appreciate it in a great variety of very different foods and with very many different flavours, all of very high quality. In Japanese cuisine nothing is hidden since all food must be fresh and recently harvested. When people try it, they get hooked straight-away.

What is the dish or food you enjoy preparing most? In my opinion, it is tuna belly. Tuna is a fish weighing more than 200kg. It is the most extraordinary food in the world. When I am preparing it, I use the belly and the fat looks just like Jabugo ham (Highest quality of Serrano ham). In my opinion, this is the most amazing food that nature has given us to eat. 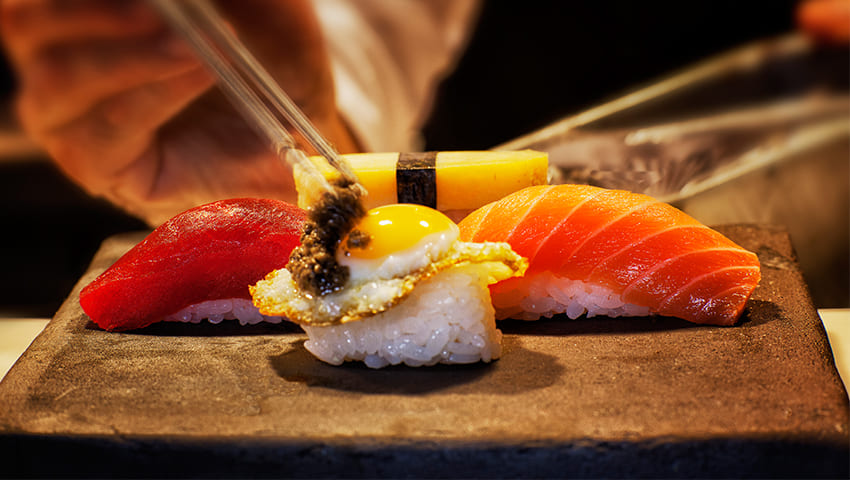 Ricardo Sanz collaborates with The Pack Language Experience in our Madrid Pack. If you want to meet this chef, try his cuisine and practice your Spanish at the same time, join one of our language immersion trips and live Madrid in a different way!

At meal times what do you most like to eat? Someone asked me in the past what food I didn’t like and I spent 10 minutes thinking about it, but I couldn´t answer the question. I am lucky because I pretty much like every kind of food. Since I was a kid, I was very curious and wanted to try out everything. I enjoy eating, even if it is something simple like fried eggs with French fries.

So, you must have tried food from many different parts of the world. Exactly, I have tried Chinese, Thai, Korean, Mexican food, and quite a lot of Peruvian etc. I usually spend all my free time and holidays travelling and going to restaurants to eat. This is my hobby so I consider myself a very lucky person because I work at something that it is also my hobby!

Do you also cook at home? Whenever I have the chance. For instance, on Sundays, it is possible to prepare a roasted capon, go out to drink some cañas and when you come back just heat it up and eat it. That´s a perfect plan.

What are the necessary skills that a great chef must have? First of all, you must love what you do. You must enjoy cooking. After this, sacrifice and a lot of passion. This is the most important combination.

You are a full-blooded Madrileño. What do you like most about the city? Its hospitality and also that the city consists of many different neighbourhoods, each of them with its own particularities.

Would you recommend anything not to be missed by the visitors? The museums and restaurants. They are recognized across the world.

What is the best place to get lost in Madrid? Any park, especially the Casa de Campo. It´s spectacular.