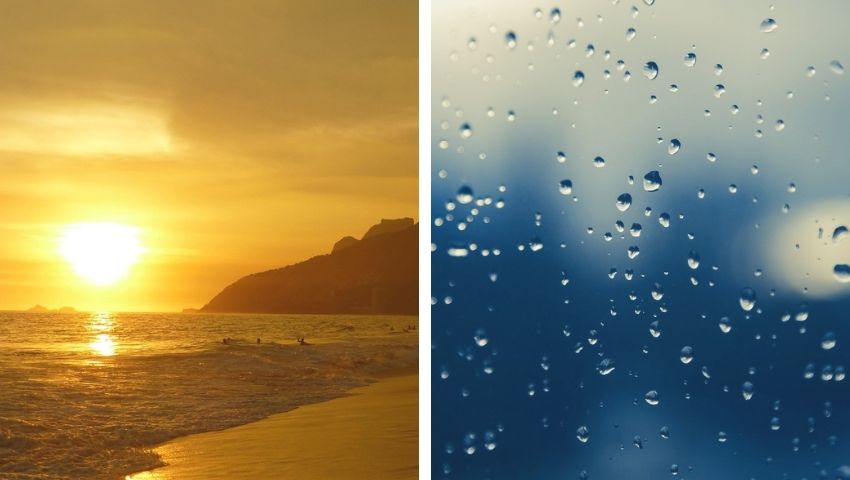 Let´s talk about the weather

What do you talk about when you don´t know what to talk about? The weather!.

This is a recurring topic in most cultures. Even if you just use it to break the ice or to fill an uncomfortable silence, it is worth revising weather vocabulary and learning useful expressions which will help you to integrate into the culture.

If you would like to become an expert on the weather, sound like a local, or simply go beyond the question of  what’s the weather like? then keep reading…

Expressions in Spanish when it is hot

Spain is well-known for its sunny climate and Spaniards have different ways to express themselves when is hot. Here are some examples: 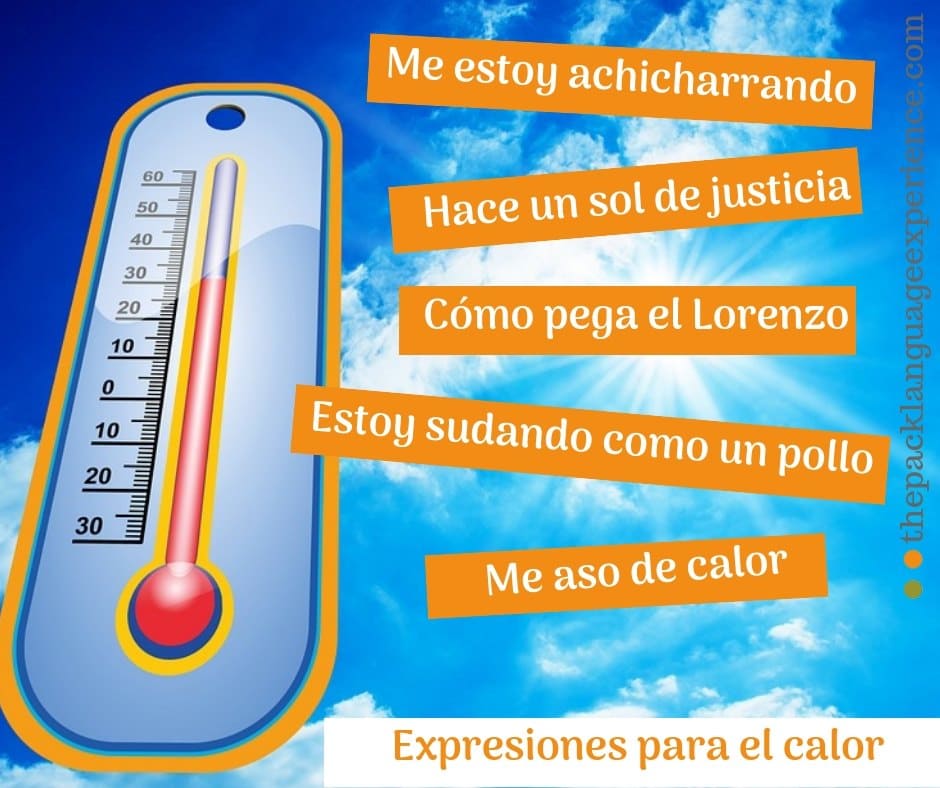 Expressions in Spanish when it is cold

There are also expressions to express the cold weather:

It is very interesting to see how every language has different expressions or words when talking about the weather. In English, there are many types of rain: drizzle, shower, downpour…

In Spain, we don´t have much rain (lluvia) but we do also have different words: chispear, llovizna or chirimiri for light rain, whereas we use diluviar, chaparrón, aguacero or the expression llover a mares for heavy rain.

It is also very common to express ideas in both languages using weather expressions. Sometimes, these expressions are similar in English and Spanish such as to have your head in the clouds – Tener la cabeza en las nubes, meaning to be daydreaming.

There are also expressions with similar meaning but slightly different; In English it is a brain storm whereas in Spanish is not a storm but a rain of ideas – lluvia de ideas. When you are extremely happy, in English you claim to be on cloud nine but in Spanish you would say that you are in the seventh heaven, en el séptimo cielo – Although there is the same expression in English too.

Other expressions are just totally different:

It’s raining cats and dogs – llover a cántaros (it rains pitchers) Although there is also an expression in Spanish with dogs involved: hace un tiempo de perros, meaning that the weather is horrible.

In English, to be under the weather expresses that someone feels unwell. Using weather idioms in Spanish we would say estar destemplado to express that you don´t feel quite right.

And some more idioms related to weather vocabulary in English and Spanish:

Every cloud has a silver lining – No hay mal que por bien no venga.

To look on the bright side – Al mal tiempo buena cara

It never rains but it pours – Llueve sobre mojado