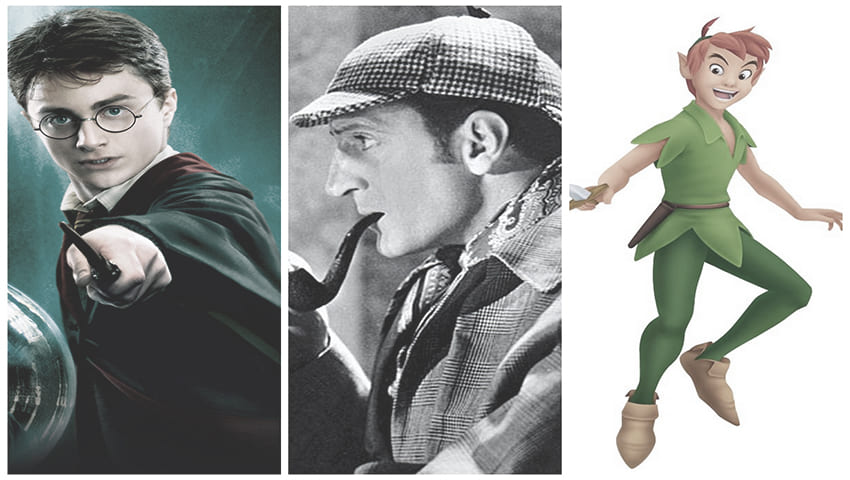 Edinburgh has been a base for many writers which have created important and well-known characters across international literature. Sir Arthur Conan Doyle, the author of the Sherlock Holmes novels or J.M Barrie, creator of Peter Pan, are just a couple of examples. Traces of these famous writers can still be found today throughout different parts of the city. There is a statue of Conan Doyle and a pub named after him in York Place and, of course, here is the iconic Scott Monument, erected in honor of Walter Scott. This is the tallest monument in the world to be dedicated to a writer. The author of ‘Ivanhoe’ is also connected with Waverly train station, the first station ever to be named after the main character of a novel.

The Elephant House coffee shop, located in the Old Town (21, George IV Bridge) claims to be the birthplace of Harry Potter. Here at one of its tables a yet to be discovered J.K Rowling wrote the first chapters of the famous book, and then as if by magic, went from rags to riches; becoming one of the richest women in the UK. Rowling wanted the Harry Potter adventures to come to an end right in the same city where they had started. That is why, she finished her seventh book in one of the rooms of the Balmoral Hotel; the most luxurious in town.

Novels have also been based on real-life people. Old citizens of the city such as Deacon Brodie. He was a very respectable tradesman who worked for the city council in the morning, but burgled houses and robbed banks by night. Ironically, when he was caught, he was sentenced and condemned to hang from the very gallows which he himself had designed. The story of this infamous man with a split personality inspired Robert Louis Stevenson to write “The strange case of Dr. Jekyll and Mr. Hyde”. Today, visitors can learn more about the story while drinking a pint at Deacon Brodie´s Tavern (435, Lawnmarket) which is located quite close to where he was executed. Nearby you can also visit the Writer´s Museum (Lady Stair´s Close), a little house where you can learn more about Edinburgh’s great literary history browsing through old portraits, books and other interesting artefacts.