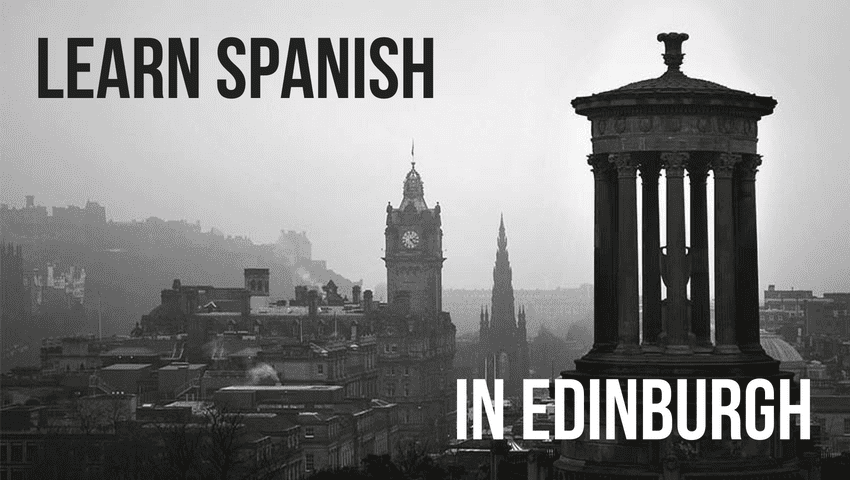 5 ways of practicing Spanish in Edinburgh

If you live in Edinburgh, there are many ways you can improve and practise your Spanish. Here are a few interesting options. You have no excuse!

If you want to learn or practice Spanish in a relaxed and friendly atmosphere, El Patio is your place. Since this learning café opened its doors in 2017, it has become a melting pot for the Spanish language and culture in Edinburgh. Veronica and Oscar are excellent teachers and they offer courses at all levels.  They also offer many other interesting workshops, free conversational meetings, talks about cinema,  books and other events.

And what can we say about Ruben´s coffee and homemade cakes!

New courses start regularly.  The best thing to do is pop in to say “hola” and become part of this great Spanish community. 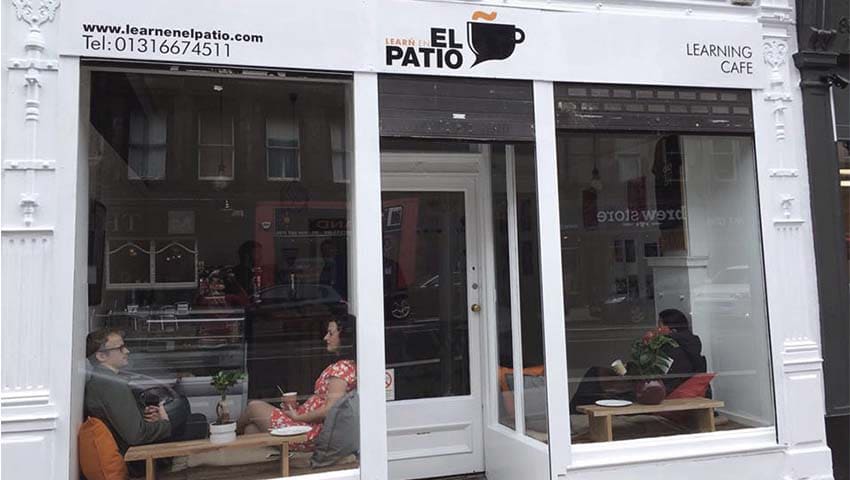 If you live in Edinburgh and you are a language lover, you may have heard about Yakety Yak already.  They offer a way of practicing your conversational skills in a foreign language over a coffee. The idea emerged in 2010 by founder Fiona Gomes. She wanted to provide a way for people to improve their foreign language conversation skills in a relaxed atmosphere without the pressure of a classroom.

The project was quickly embraced by the people in Edinburgh and dispersed the myth that British people can’t or won’t speak other languages. Over the years, Yakety Yak has proved there is a huge interest in learning foreign languages and the number of classes (and languages) is growing.

The idea is simple. Small groups gather weekly in different cafés across the city with a tutor (a native speaker of the target language) who guides the conversation for an hour. This is certainly the best way to keep practicing a language and to socialise with like-minded language lovers.

Spanish is just one of the languages on offer with Yakety Yak. There are also sessions in Glasgow. 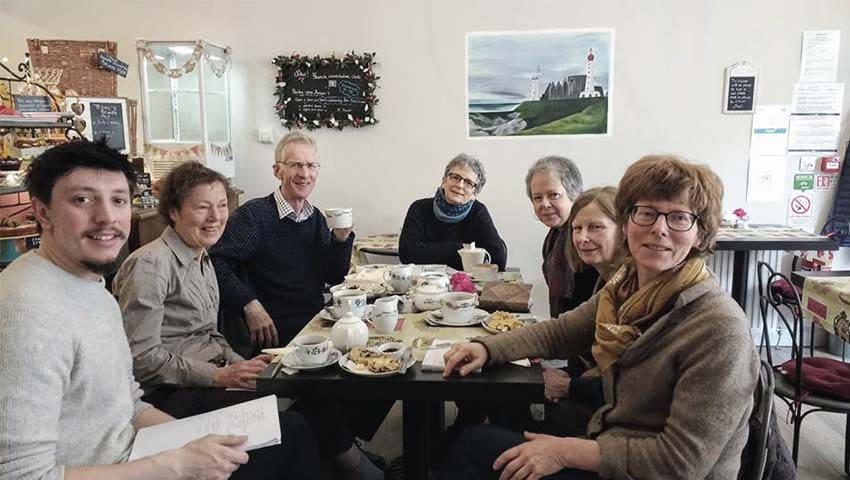 Cinemattic was born in a small attic in the heart of the city a few years ago as a hub for short film lovers. Nowadays, it has become a great community which gathers monthly to watch short films in Spanish followed by a discussion about Spanish and Latin American cinema. Cinemattic is now synonymous with cultural life in Edinburgh.

Once a month, the organisers provide screenings of unique and interesting short films with a shared theme. They normally meet at St. Pauls Church (opposite Waverly Station) but also organise events in other venues throughout the year. The Cinemattic family has recently grown and have a presence in Glasgow, Manchester and London.

Keep up to date with Cinemattic events by visiting their website or follow them on social networks! 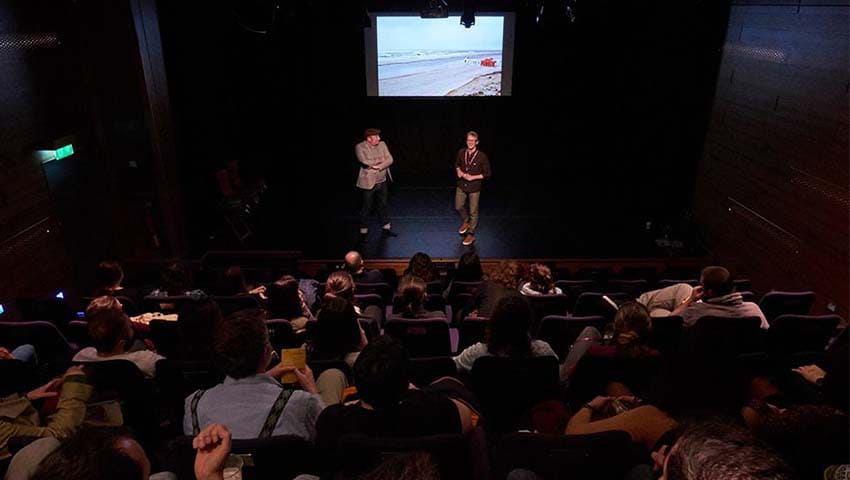 Cinemattic is not the only option for those interested in Spanish cinema. There are two festivals which bring work from Spain and South America to Scottish audiences.

Edinburgh Spanish Film Festival started in 2014 and usually takes place in October. During the year they organize other events such as tapas evening and special screenings.  It is worth checking their website or social media so you don’t miss any exciting events.

Iberodocs is another festival focused on documentaries in Spanish and Portuguese. They always bring very interesting and thought-provoking documentaries to Scotland. Another unmissable event! 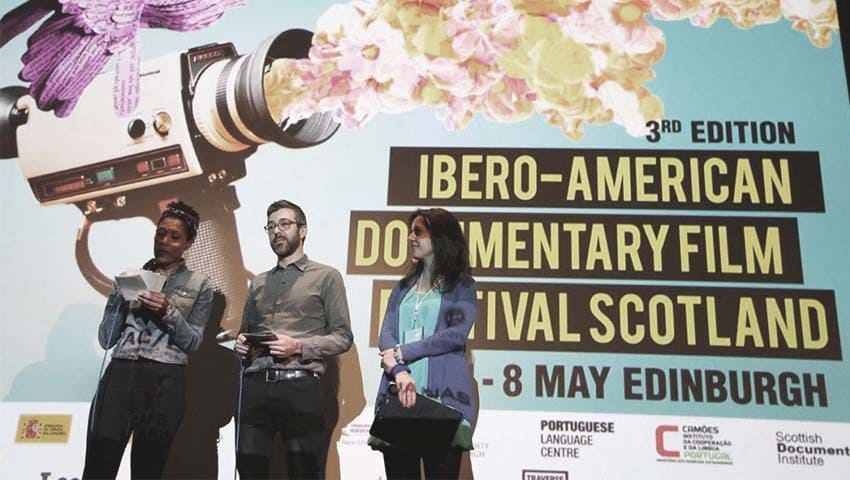 The Spanish community and Spanish visitors to Edinburgh have grown in number over the last few years.  As a result, many tour companies include tours in the Spanish language as part of their itinerary around the attractions in the city. This is a great option, even if you have visited the sites before. We are sure you’ll learn something new about Edinburgh and you´ll see how rewarding it is to discover your own city in another language! Viajar por Escocia offers a wide variety of trips and tours in Edinburgh and around Scotland. Other companies and venues such as the Mary King´s Close offer their services in Spanish too. 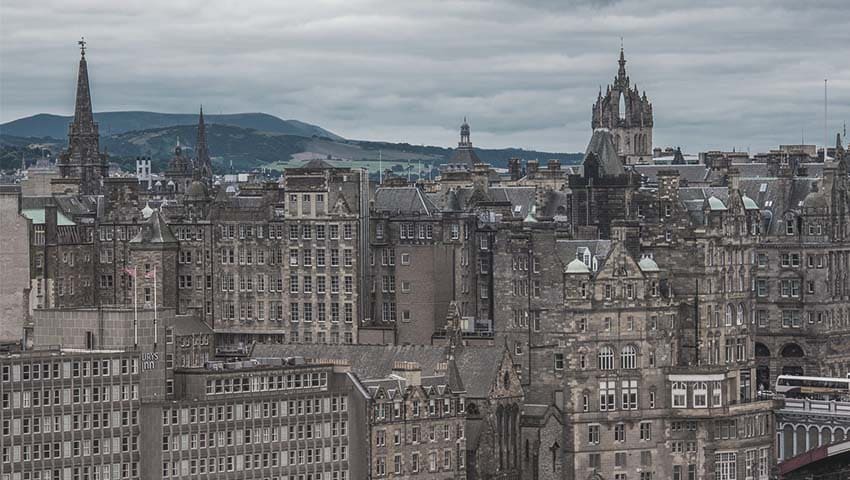 Why don´t you test your knowledge of Spanish and immerse yourself into the Spanish culture? At the Pack Language Experience we offer you Spanish immersion weeks in Madrid. Don´t miss the opportunity and join our next trips!